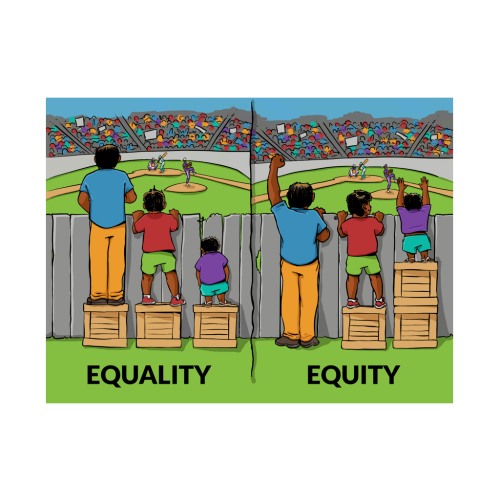 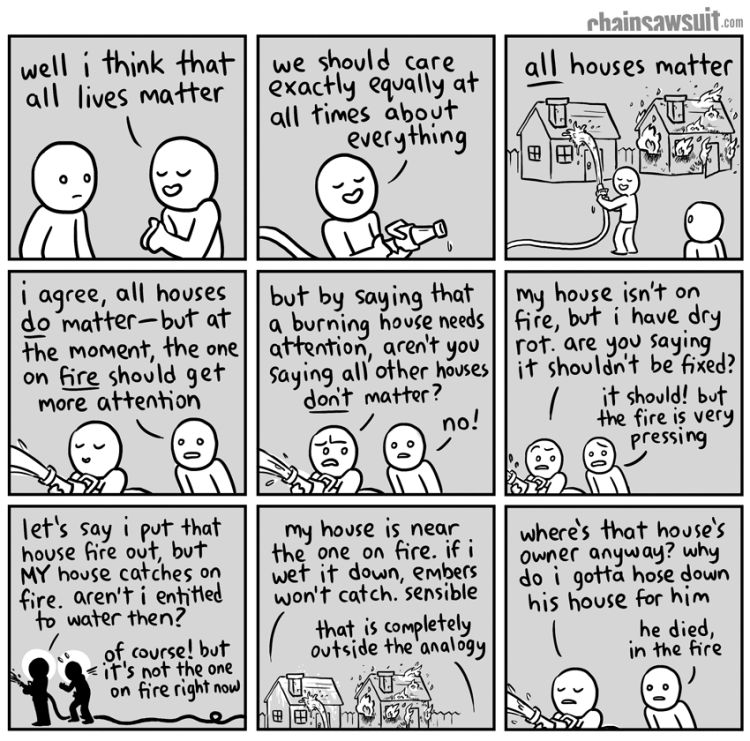 It's simplistic but the first cartoon shown here illustrates something better than my rambling words will do.

Yesterday Etsy sent out an email titled 'Celebrating Black-owned businesses' which contained the words 'We believe in showcasing, celebrating, and uplifting the talents of independent creatives. Read on to discover one-of-a-kind creations from Black sellers in our community'.

And it saddened me to see the backlash from people against it.

At no point did Etsy say 'we hate white owned-business', 'we're never going to promote white-owned businesses again', 'we don't care about any other races' or 'we hate white people' but from some of the responses I've seen you'd think they had.

If when reading Etsy's email you had an angry or confused response I recommend you take a step-back and consider what had been going on for so long in very area of our lives, and was so insidious you hadn't been noticed it.

It's spread across all media but as this is about Etsy I'll focus on them.

There is a huge issue with companies like Etsy previously prioritising certain businesses and it is those they have been promoting for years.

Etsy may not have used the words 'here we showcase some white-owned businesses' in previous emails but that's what they were mostly doing and we're so used to seeing that that you may not even have realised.

There is also a huge issue in art (and absolutely in beadwork) with certain people being under-represented and us all being denied easily learning and hearing about work and talent from different people whose different voices through their work open us up to a different world.

Etsy seem to now be attempting to redress the balance and the result is so far this one email.
If you click any of the links in the email they will take you to very interesting articles where the people selected talk not just about their work but also about the importance of visual representation.
I recommend you read them.
I'm all for some resetting of the balance and promotion of other people over me as it has been the other way for far too long.

If one email has got you angry and claiming that you're now not being represented, or that Etsy are now being racist, you're missing the point and need to think about why one email from them has shook you so and also what specific words in that email shook you.

If we've not been shown certain voices nearly enough is it not ok to centre them to redress the balance?
Think of it this way (I know it's ludicrous to equate people to beads but this is a real world example we can all understand).
For a long time now beading magazines have been promoting projects using shaped beads.
Then for one recent issue one of them focused on seed beads. What was your reaction?

If you were ok then with the active promotion of something which had been under-represented why aren't you now?

If you want to read more about the image from Angus Maguire you can do so here.

You can also read about the 'All Houses Matter' cartoon, which also brilliantly expresses an important issue, here.