Witness For The Prosecution 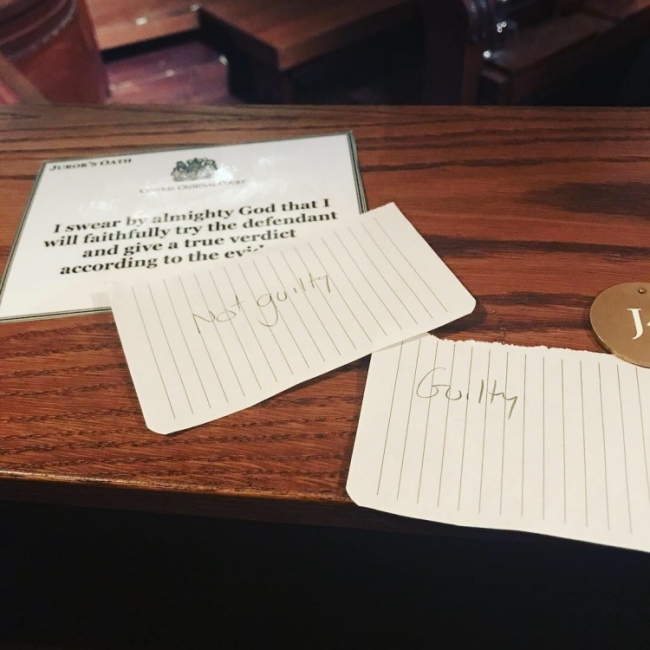 Sworn in and waiting to give my verdict

I heard about the London production of Witness for the Prosecution a while ago and today got the opportunity to attend and it was all I hoped for, and more.

The concept is a great one - an Agatha Christie courtroom drama staged in a unique courtroom setting. The setting, and subsequent placement of actors etc, really adds to the impact as rather than just taking place in front of you it happens around you and you have to seek out reactions from the actors as details are revealed.

I originally booked a great seat which took me right to the front of the stage but I was asked if I would move to an empty seat in the jury-box for the second-half as the immersive aspect of the play works better for the rest of the audience when the jury-box is full and the fiction of a verdict is maintained.

I had a great seat already so I wasn't sure about moving but after speaking to another jury-member I decided to give it a shot and was glad I did. Watching the rest of the play as a jury member really changed how I watched it as you go from passive audience member to active participant and you realise the importance of not missing anything.

If you want a great theatre experience then I really recommend this.